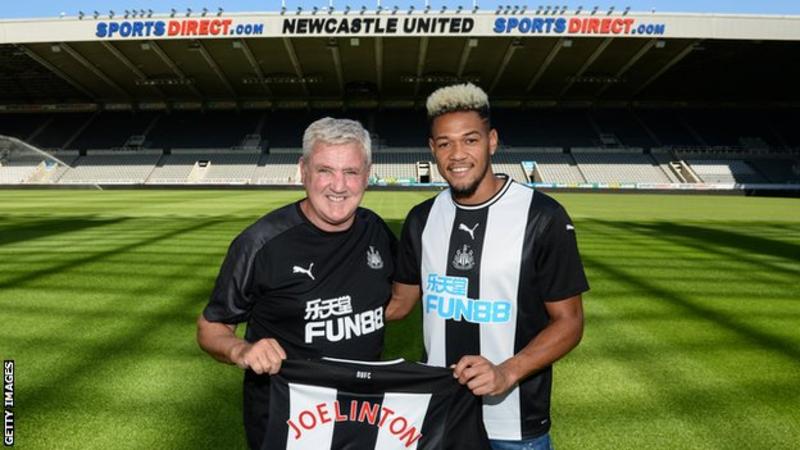 Newcastle have broken their transfer record for the second time since the turn of the year. The signing of Hoffenheim forward Joelinton for a £40 million fee breaks the club record set six months ago when they added Miguel Almiron for £21 million. The 22 year old Brazilian is Steve Bruce’s first signing as manager of the Premier League club and fans will be hoping he can help to fill the void left by the departures of Solomon Rondon and Ayoze Perez.

Joelinton signs a six year deal at St. James’ Park, and will wear the number 9 shirt for the Magpies. Here’s a little insight into why Newcastle and Bruce pursued him, and how he might fare in the Premier League next season.

For Hoffenheim last season, Joelinton scored 7 Bundesliga goals and provided 5 assists for his team mates. For comparison, the man he has been brought in to replace, Rondon, scored 11 Premier League goals and provided 7 assists. Joelinton averaged 2 shots per game compared to Rondons2.8 shots per game. This might come a small way to explaining why Rondon outscored Joelinton last season. If Newcastle can provide him with chances I would expect him to net a similar return to Rondon next season.

Joelinton is a far superior dribbler than Rondon, and the stats from last season back this up. The Brazilian managed 1.7 dribbles per game, far more than the 0.6 that Rondon completed in the English top flight. This provides Newcastle with a slightly different option than what Rondon gave them, and could cause Premier League defenders some problems if he can translate this sort of form to England.

Another strong point of the former Brazilian under-17 internationals game is his passing. Joelinton played an average of 24.7 passes per game at a success rate of 79.3%. Rondon on the other hand, played less passes (23) and had a lower success rate (69.9%). Again, Joelinton brings a slightly different set of abilities to the Newcastle forward line, and may be more capable of bringing other players into play. Being Brazilian, these passing numbers go some way to explaining a comparison with the Liverpool forward Roberto Firmino.

Newcastle have certainly lost an excellent proven Premier League striker in Rondon. However, based on the stats, we can see that Joelinton is an exciting prospect and may go some way to appeasing the unrest of the Magpies passionate fan base. Of course his debut season in the Premier League will be the real Litmus paper, but I for one will be keeping a close eye on his progress!