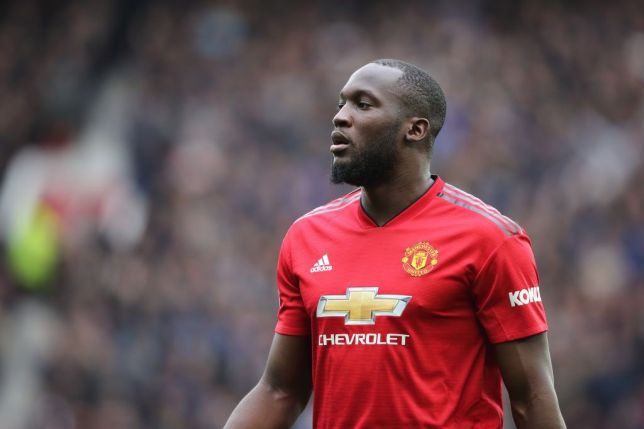 Manchester United’s slow start to the season has identified one key aspect that they weren’t able to replace. In losing Romelu Lukaku to Inter Milan after the window shut, they weren’t able to bring in an adequate replacement. This was poor forward planning from United, as throughout the window it looked like Lukaku was set to move on, whether it be to Juventus or Inter Milan.

The 2-1 defeat to Palace and 1-1 draw with Southampton has thrown up a key trend. Teams have opted to defend narrow and at times deep against United, as they look to restrict the threat that Marcus Rashford, Anthony Martial and Daniel James can have. This subsequently creates space in the midfield for creative midfielders such as Juan Mata and Paul Pogba, however if the supply is cut off or stifled out, United have struggled to find a plan B.

Regarding Lukaku, he offered a different approach. Whilst having the ability to hold the ball up and bring others into the game, he also has the pace to run in behind defences and stretch them. What hold up play enabled was the ability to draw out defenders to challenge for the first header, something Martial and Rashford are unable to do. This subsequently creates space in behind for the quick wingers, which United were often able to exploit in Solksjaer’s early games.

His presence in the air and ability to trouble defenders also meant when United did lead, he offered an outlet up front. Against Southampton, this was became an issue as when Southampton pressed high at 1-0 down and cut off the supply from midfield to attack, United were forced to go long. As Rashford was unable to challenge in the air (only winning 2/5 aerial duals), the Southampton defence were able to give themselves an extra yard to deal with his pace from balls in behind, and as a result United struggled to control the ball. This played a large part in Southampton getting a foothold in the match, and helped Southampton gain momentum up until their equaliser.

However, the main worry United are having is when teams are sitting deep and making themselves hard to break down. Against open opposition in Chelsea and Wolves, this was much less of an issue as the space afforded to United’s attackers allowed them to break both sides down, both on the counter against Chelsea and in possession against Wolves.

Against Palace and Southampton, United resorted to bombarding the box with crosses to try and create an opening, particularly late on. In past seasons, this has been a reasonable approach, with Lukaku offering a strong aerial threat, and previous to Lukaku, United have had Zlatan Ibrahimović and Marouane Fellaini to turn to as aerial options when this tactic was needed.

It was against Southampton where this became particularly evident, with Solksjaer opting to take off Mata and bring on Nemanja Matic to allow Pogba to play further forward. Partially to allow the French midfielder the chance to impact the game higher up the pitch, there was also the added element of his aerial ability, and given United’s tactics towards the end of that match, added the chance he could add an threat in the box. The lack of aerial duals won in the box is shown below, with United not winning one of these in the opposition box against Southampton.

United’s crossing worries against both Southampton and Palace are shown below. Only winning 13 of the 50 crosses into the box, if they are to employ tactics such as these, they should be looking to invest in a striker capable of fulfilling a role similar to that of Lukaku in January.

With the problem evident for Solksjaer, it becomes the question of who United should invest in?

If they were to look purely at the target man approach, similar to what Fellaini was utilised for by Mourinho towards the end of games, the statistics point to the likes of Troy Deeney and Aleksandar Mitrovic being the most threatening, each on average winning 6.5 aerial duals a game. Of the two, an argument could be made for Mitrovic as a back up striker. Surprisingly staying on at Fulham following their relegation, he has shown his ability as a suitable target man and his ability to bring players into the game, whilst also being a nuisance in the box. He has been impressive in performances for Serbia (6 in 6 Nation League games) when surrounded by higher quality players, suggesting a step up wouldn’t be as drastic as it would first seem. Netting 11 goals in a relegated Fulham side was impressive, however he has a tendency to miss a lot of big chances, shown by his xG to conversion rate. Last season for Fulham, he was expected to score 15.45 goals, as opposed to the 11 he scored (understat), and this is a trend from his other full season in the Premier League with Newcastle, where he netted 9 compared to the 10.34 he was expected. The other main issue would be the price he would be available at for the role he would be expected to fill. For the purpose of a back up striker who would be utilised when chasing games in the last 15/20 minutes when chasing games, he wouldn’t represent particularly good value, with Fulham expecting to recoup a chunk of the £30 million outlaid last summer.

Staying in the Premier League, the stand out player who currently could fill the void left by Lukaku is Raul Jimenez from Wolves. 13 goals in his debut season in the Premier League, he has carried his run of form into this season, scoring twice in the league and six in the Europa League already. At 190cm, he has an aerial presence which has been utilised well by Wolves. Although not overly reliant upon this side of his game, he is able to link the play with Diogo Jota, and has a strong ability to occupy defenders. This will leave vast space for the quick Jota to exploit in behind, and he could be employed in a similar way at United, with Rashford, Martial and James being deployed on the wings with him as the focal point of the attack. He also demonstrates good technical ability on the ball, and isn’t afraid to take on defenders. This season he has been averaging 2.3 dribbles per game, a marked improvement on the 0.9 from last season. His link play is also demonstrated by the seven assists and 1.1 key passes per game last season he offered, whilst he currently averages 28 passes a game. Having been signed in the summer, Wolves will be reluctant to sell, especially to a team that could be seen as a rival.

Other potential options include Inaki Williams from Atletico Bilbao, however he has just signed a nine year contract with a release clause of £125m, whilst Bilbao would also have to replace him with Basque-only players. Richarlison from Everton could also be an option, however he is more suited to playing out wide. Although it would help solve the aerial threat when chasing games, the outlet when looking to hold out when in front as against Southampton would still be an issue, as it would see Rashford and Martial moved centrally.

The tactics currently employed by United show that they are in need of replacing Lukaku, particularly against sides employed a deep, narrow defensive line. Jimenez would offer more as a starter, whilst Mitrovic would be an interesting option from the bench. Whether United would be willing to spend the money on a striker waits to be seen, however the current tactics suggest this would need to be the case.